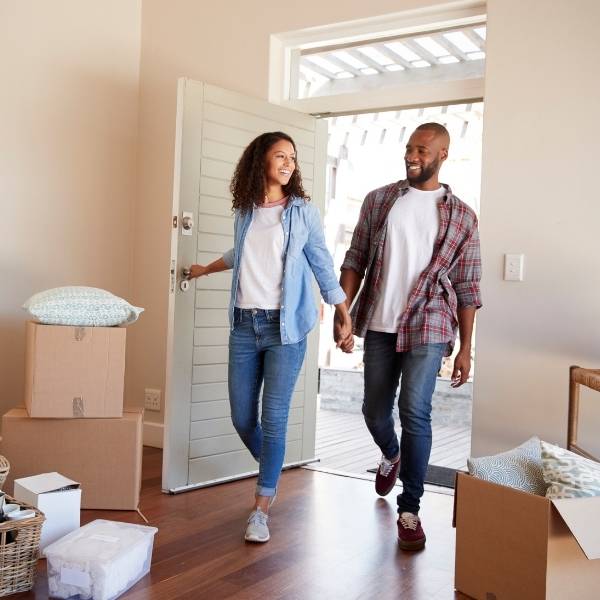 Should I move in with my girlfriend?

You’re at the bar with your best mates. The four of you are sharing a pitcher of some oh-so-tasteless watery lager, and tentatively, you bring up the question. The one you know they’ll judge you for. Still, you need advice, so you lob it out there casually, as if on a whim:

“Do you guys think I should move in with my girlfriend?”

Oh, boy. There come the laughs. “Sure,” one of them says. “That’s worked out great for most relationships. Why wouldn’t it work for you?” Of course, you know they’re just giving you heat,  but it certainly doesn’t help you come to a decision.

It’s true that your guy friends probably aren’t the best help when it comes to choosing whether or not now is the time to move in with your girlfriend. And that’s why blogs like this one exist: because somewhere, some way, somehow, I knew someone like you wanted an unbiased opinion on the matter. After all, back when I was considering living with a partner or not, I wished I’d had someone to talk to about the pros and cons of cohabitating.

So: should you move in with your girlfriend? Here’s what I (and many other coaches with lots of relationship experience) think.

When should I move in with my girlfriend?

Before we get into things, let me just say this: there’s really no one who can tell you when to move in with your partner except you. The answer of “it just feels right” will always be the ultimate reason to move in together — not because of your finances, outside social pressures or because you’re currently long distance. Those things are all factors, but ultimately, they should bow down to the one thing that’s most important: your happiness as a person, and the strength of your relationship as a couple.

If moving in together sparks joy in the both of you, then you should do it. However, because it’s usually not that simple, here are a few questions you’ll want to ponder before pulling the trigger.

How soon is too soon to move in?

There’s no easy answer to this question, as everyone takes relationships at different speeds. For some people, moving in together after a few months might feel right. For others, moving in before marriage may seem too hasty.

What you should know is that you should definitely know your partner inside and out before choosing to move in together. That doesn’t just mean you should know their hopes and dreams and fears — it also means you’ll want to get acquainted with their daily habits and routines.

Are they a clean person? A messy person? Do they stay up late or wake up early? Do they like their alone time now and then, or are they perfectly comfortable cuddling on the couch long into the night? Do they hate online shopping as much as you do, or is there always another Amazon package at the door each time you check the mail? Do they want to do the nasty every night… or are they more of a weekly or biweekly person?

These might sound like little things, but living together means doing life together. Now that you’re moving beyond date nights and sexy-time sleepovers, you’ve got to get comfortable with all your partner’s wacky habits. Knowing these before you decide to move in together will keep you from experiencing any unwelcome surprises after you’ve settled into your new place.

Do my reasons for moving in align with my relationship goals?

This might just be the most important question to ask yourself before signing a lease together. If you haven’t yet thought about your relationship goals moving forward, now’s the time to start considering what moving in together means for you, your romance and your future together as a couple.

What do you want out of this relationship? Do you want something serious and committed? Do you see yourself with this person for years, if not a lifetime? Or are you not quite ready to give up your independence for another person just yet?

Moreover, are your goals for moving in purely based on the relationship itself? Or are they motivated by external factors — money, convenience or an escape from another living situation — that could be solved in other ways?

Is my partner ready for this?

Most people ask themselves if they’re ready to move in with their partners. But a lot of us don’t stop to ask, “is my partner ready for this?” It’s definitely a question worth pondering: how prepared does your girlfriend seem to be when it comes to moving in together?

Has she thought it through with the same attention to detail as you, or is she getting ahead of herself? It’s not bad to be excited about the prospect of living together, but if she’s got other reasons for wanting to do so — such as hating her roommates, or wanting a lower price tag on her monthly rent — then it might be too early to move in.

Ultimately, moving in is a choice only you can make

Look. Your mates will always give you crap about moving in with your girlfriend. But that doesn’t mean it’s a bad idea, and it also doesn’t mean you’re jumping the gun. While it might sound cliché to say “you’ll know when you know,” the truth is, that’s pretty much how it goes.

Take it from someone who’s dated lovers for years without signing a lease, and someone who’s also moved in with someone after a mere three months of dating: when it’s correct, the decision will come naturally.

Of course, I can only give so much blanket advice about love and relationships without getting to know your specific situation. If you want to talk to me (or any of our relationship coaches) one on one, try booking a consultation. We’ll talk about your living situation, your current relationship goals and a whole heck of a lot more. 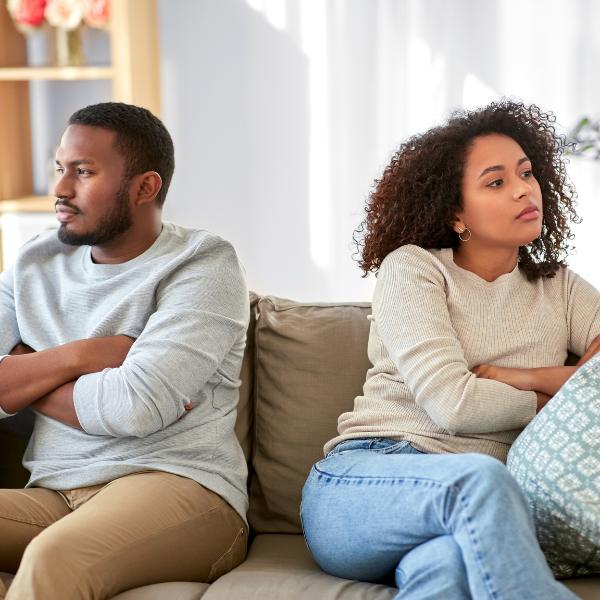 No matter what the circumstances are, ending a relationship with someone you live with isn't easy to navigate. 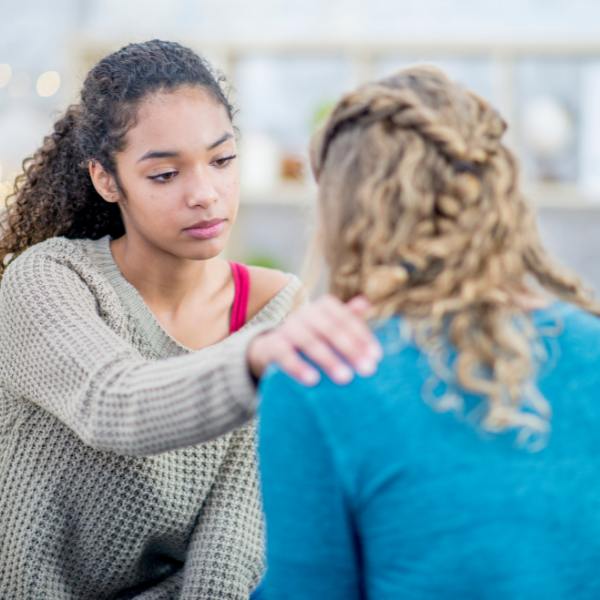 Understanding how to be supportive of mental health struggles — both yours, and your partner’s — in the context of romantic relationships is incredibly important. 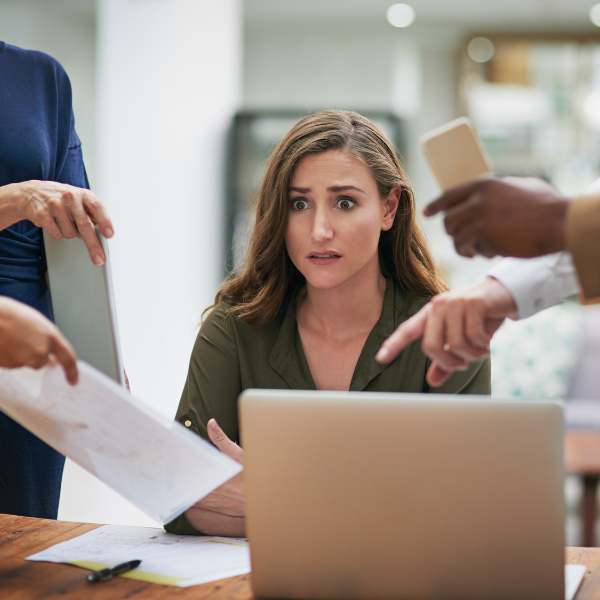 New job anxiety and 4 ways to cope with it

If you’re starting a new job in the new year, here’s everything you need to know about new job anxiety and how to deal with it. 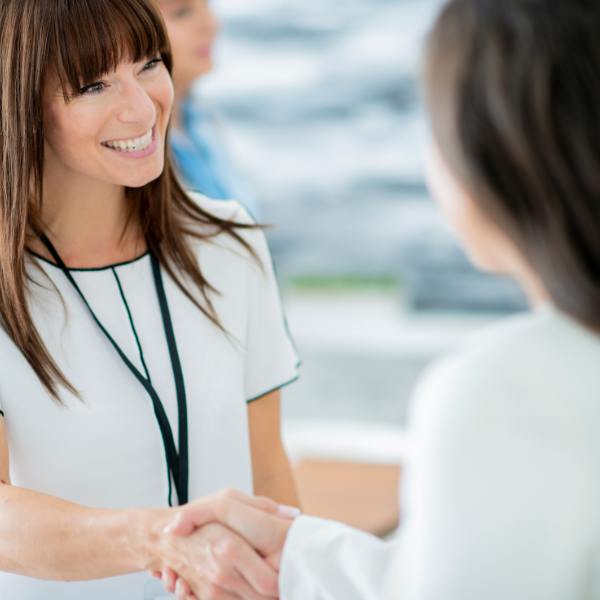 About to attend a networking event? Stop what you’re doing and start scrolling — you’re going to want these six practical networking tips for young professionals looking to build career skills. 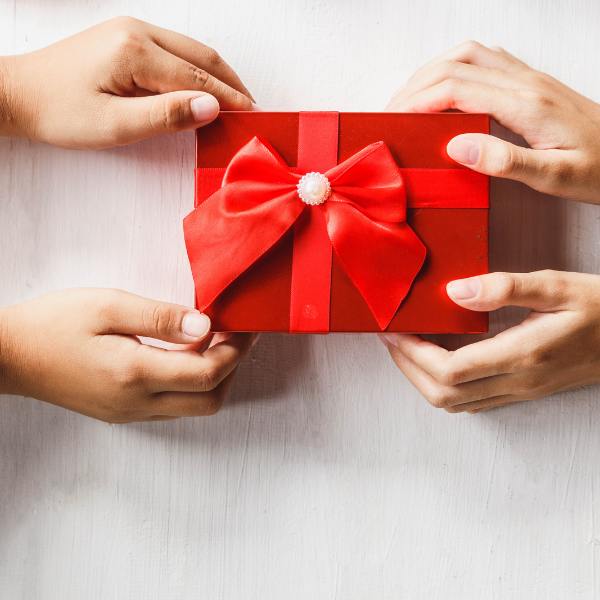 Gift ideas for someone who has everything

Here’s five quick gift ideas for the holidays that’ll help you get the perfect present for that special someone who has everything and then some. 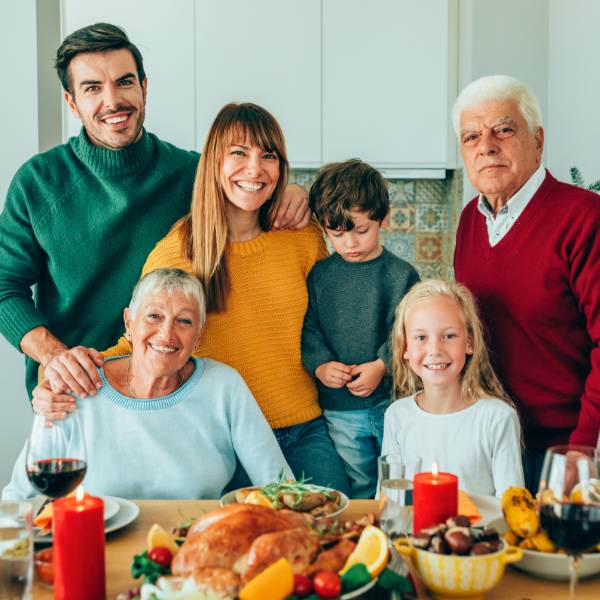 Surviving the holidays with relatives

Join our newsletter to stay up to date on features and releases.
By subscribing you agree to with our Privacy Policy and provide consent to receive updates from our company.
Thank you! Your submission has been received!
Oops! Something went wrong while submitting the form.
Main
AboutTestimonialsPricingBook a CallContactSitemap
Media
PodcastBlogGeneration RevolutionDirectory
Follow us
Facebook
Instagram
Twitter
LinkedIn
Tik Tok
© 2022 The Journal That Talks Back™. All right reserved.
Privacy Policy