Master of None by Ash Ketchum
Today we’re tackling imposter syndrome. This is something that's really troubling this week’s journal-ee. His name is Ash Ketchum!
Subscribe
Read the Full Post 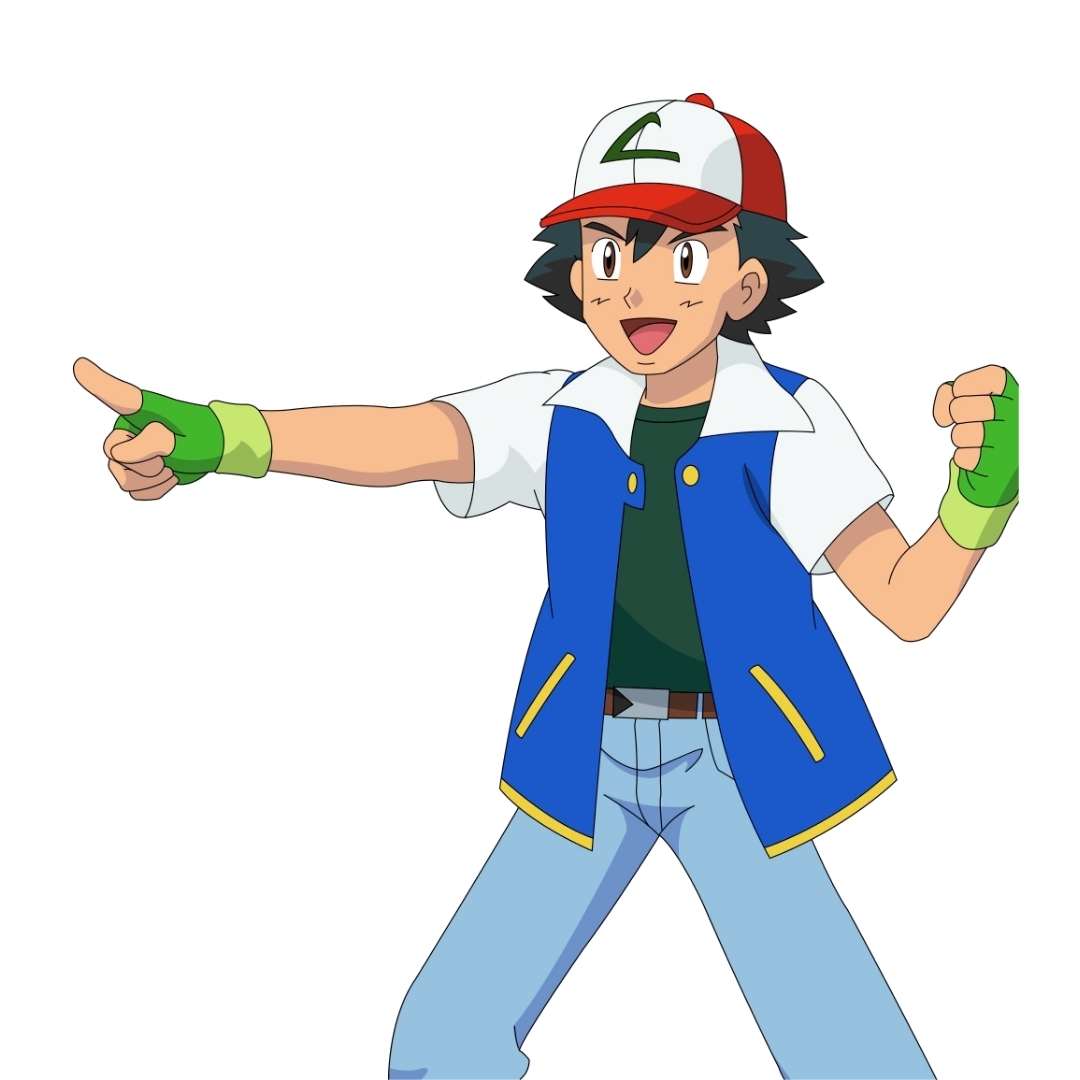 Master of None by Ash Ketchum

You want to be the best at something. The very best, even. Maybe even… the best there ever was. But something’s standing in your way. Whether you’re looking to get a promotion at work or become a master guitar player, you just can’t shake the feeling that you’re not cut out for the job. You’re feeling unqualified, dejected and down.

Today on Character Coaching, we’re tackling the thorny but necessary hurdle of imposter syndrome. What is it? How does it impact us? And how can we overcome it? These are all things that this week’s journal-ee wants to know. His name is Ash Ketchum, and he’s struggling with feelings of inadequacy. While he’s normally a pretty optimistic guy, Ash can’t help but feel that he’s not succeeding as much as he should, and that his failures will put distance between himself and his friends.

Before we jump to conclusions and provide Ash with advice, let’s hear what he’s got to say. What’s got the greatest Pokémon master to ever live feeling down in the dumps?

‍“It’s hard to write this down, because I’m generally known as being a very positive, upbeat person. But I don’t think I’m the very best at what I do. I work with a very specialized team of Pokémon that I enter into competitions so that I can be known as a master trainer. Truth is, I don’t know how I’m supposed to encourage them and help them reach their full potential if I hardly ever reach mine. I lose more often than I care to admit and, if I’m being honest, I think most of the friends I’ve made along the way will leave me because they know I’ll never live up to my true potential. I’m an imposter.” — Ash Ketchum

When you read something like this first journal entry, it’s hard not to jump in and tell Ash to cheer up. It would be easy to run right in and say: “Ash! Come on. You’re amazing, fantastic and capable. All of us loved you in the 90s, and we still love you today. Keep your chin up, won’t you?”

The problem is, if we did that, we wouldn’t really be getting at the root of what’s making Ash feel this way. We’d be dealing with the symptoms of imposter syndrome, rather than the disease itself. What we really want to know is, what does imposter syndrome mean to Ash?

It sounds like it’s the losing that’s getting to him — he loses more than he cares to admit, and he thinks that’s going to push all of his friends away in the end. Does that mean Ash has had friends leave him in the past? If so, how has that impacted him?

More than that, I’d like to know about his journey to become a master. While he says he loses a lot and doesn’t feel satisfied, it also sounds like he’s done pretty well for himself up to this point. It also sounds like he’s got a decent amount of friends — after all, you can’t lose friends if you don’t have them.

So, my next question to Ash would be the following: what successes have you had along the way? Rather than talk about the failures, I’d be curious to know where he’s felt accomplished. Asking that will give us a better picture of the story at hand.

Next: master of some

“What successes have you had along the way?”

“Me and my team are going to gyms and getting W’s on what feels like a weekly basis. For some reason, though, the high only lasts for a short while, and then I feel like we should be going right back to training so as to not fall behind. It never feels like it’s enough, like I’m chased by an imaginary, more successful version of myself. I can see it starting to affect the team’s morale…”

Alright, this is some good stuff. We’re starting to understand Ash’s belief system, which is important if we’re going to help him through his imposter syndrome. Right now it sounds like Ash is a very goal-oriented, win-motivated, and success-driven person, and that’s driving him to feel like he’s not measuring up.

He even tells us that he feels like “it’s never enough,” and as though he’s “being chased by an imaginary, more successful version” of himself. I think this is a good place to sort of push back on that belief, because we’re starting to understand that Ash is the kind of person who’s not stopping to appreciate the wins he’s already had.

Think of it this way: when you’re hungry, you need to eat. But if you eat really quickly, and don’t think about the food as you’re eating it, you’ll go right back for a second plate, because your brain hasn’t had time to catch up and tell you that you’re full. In some ways, Ash is eating and eating and eating, but he’s not giving himself the chance to sit with his meal and say, “I’m full right now.”

Looking for win after win is great, but it’s exhausting if you don’t stop and smell the success every once in a while. It’s our job as Ash’s coach to push back and challenge what “winning” really means to him, and how that impacts his other goals, like keeping his friends around.

So we’re going to throw some of these ideas at Ash, and we’ll see how he responds after a few weeks. Hang in there, because I have a feeling our Pokémon master’s closing journal entry is going to teach us a whole heck of a lot about imposter syndrome.

The check-in: master of appreciation

“This week I spoke with Pikachu who has been along with me for this whole ride since the beginning and asked him how he thought things were going. He told me that he felt I was ignoring all the things we’ve accomplished along the way, echoing some of the things you were saying. I think I can take some time out to appreciate things the way they are and be less hard on myself.. I know that is easier said than done, but I’m starting to understand that it’s as much a part of being a Pokémon master as winning battles.”

This is a huge contrast from Ash’s earlier posts! It sounds like he’s done a real big self-check, and what he saw was that he’d been focusing too much on how he wanted things to be, instead of appreciating all the good things that have already happened.

This can be a perilous mindset, because if you fail to enjoy what’s right in front of you, you might risk losing what you already have. Ash is afraid of losing his friends, but I think the only thing that would push them away is failing to appreciate them — not failing to win another gym badge. So this is some huge growth for our master in training.

What’s more, it’s awesome that Ash gave himself this advice. While I’d like to say we helped push him in the right direction, it was ultimately his own words that he needed to hear. Ash needed to tell himself to be a little less hard on his own ego, and that’s exactly what he did.

We’re proud of Ash for that! And we hope you are, too. If you’re curious to hear our step-by-step guide to coaching the world’s greatest Pokémon master, listen to the full episode with Ash now. Otherwise, check out our site to learn more about how we coach REAL people (we know, they’re not as exciting as Pokémon trainers, but they’re arguably more important…)

Remember that time we coached Marge Simpson? It was pretty cool! Check it out here. 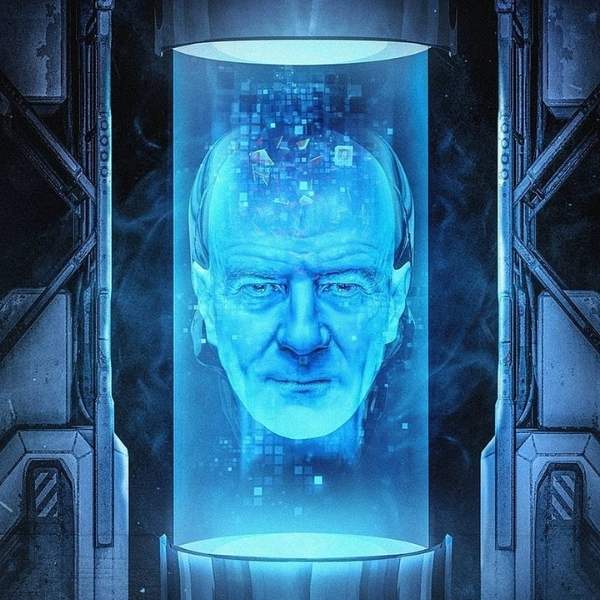 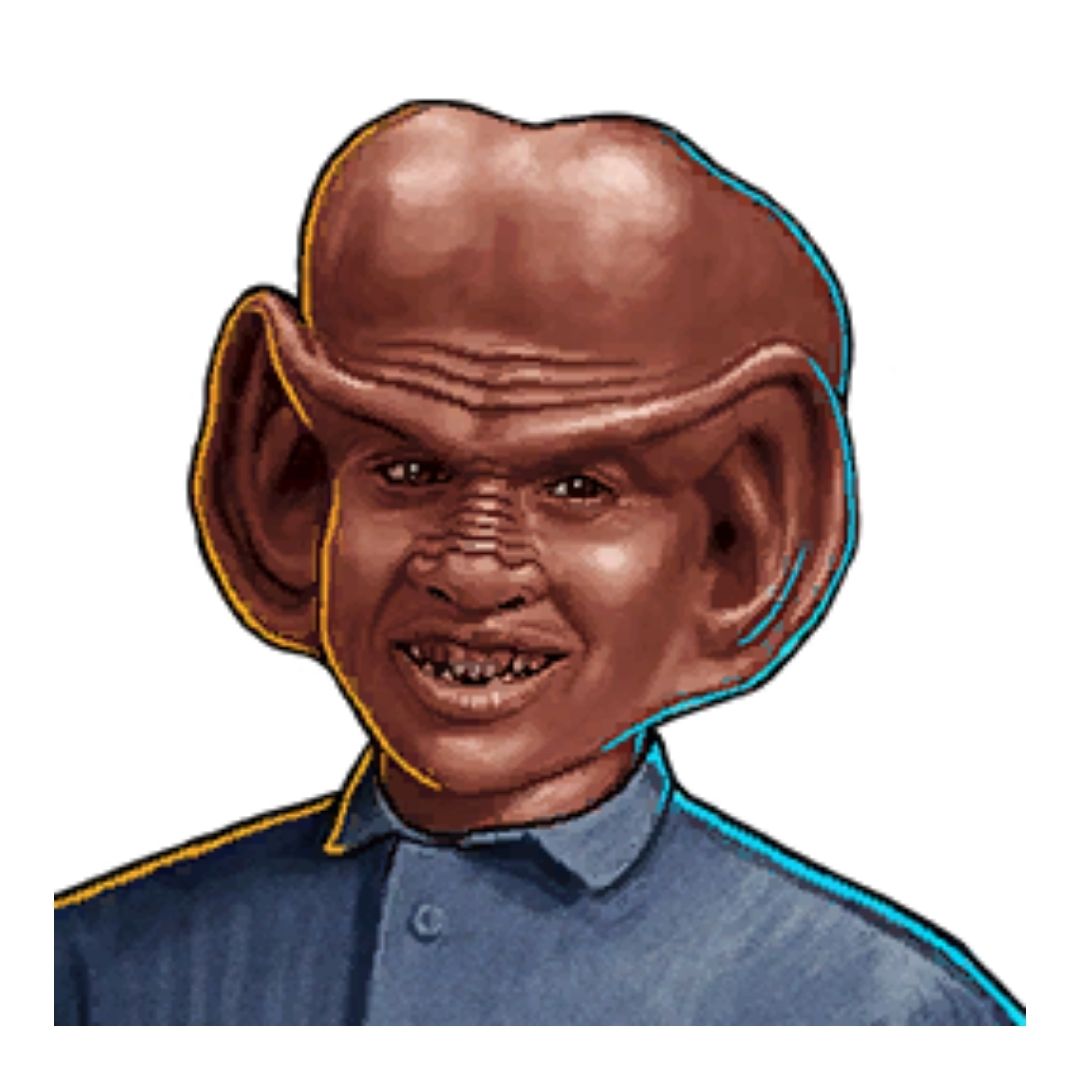 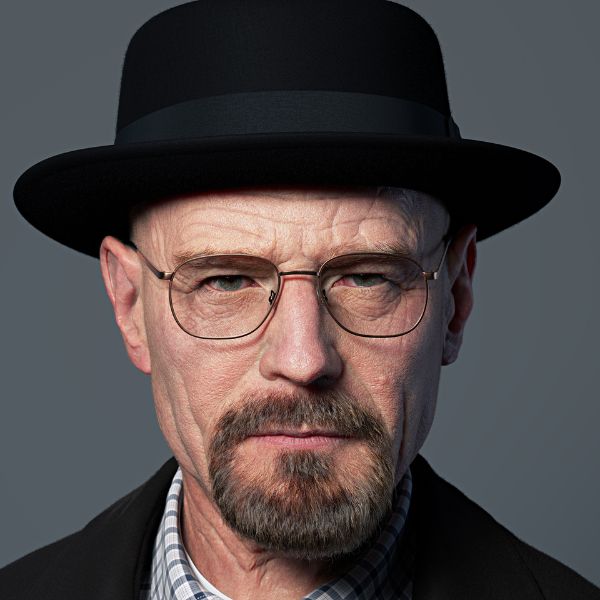 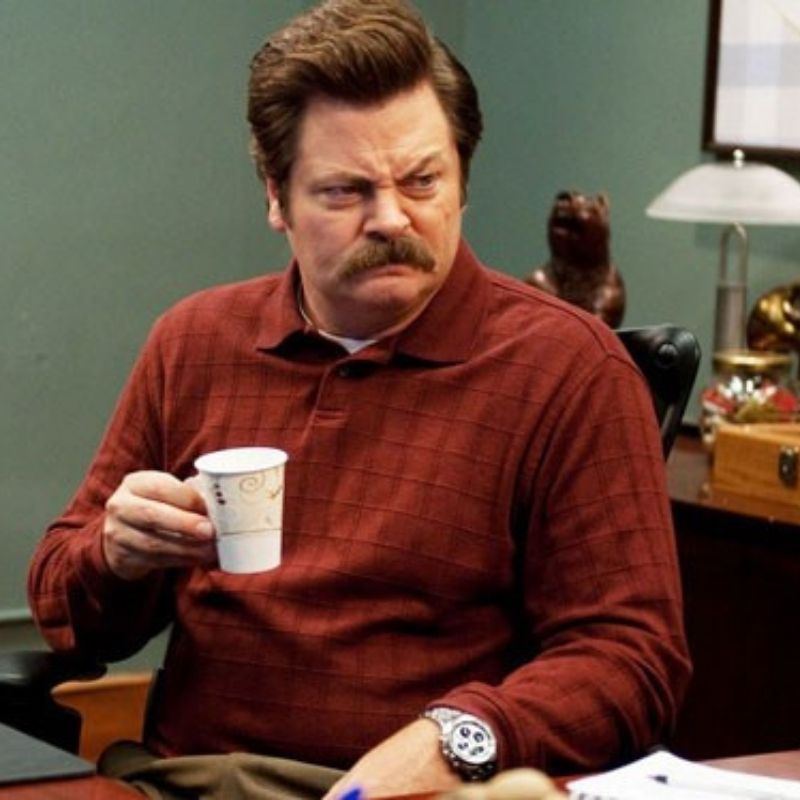 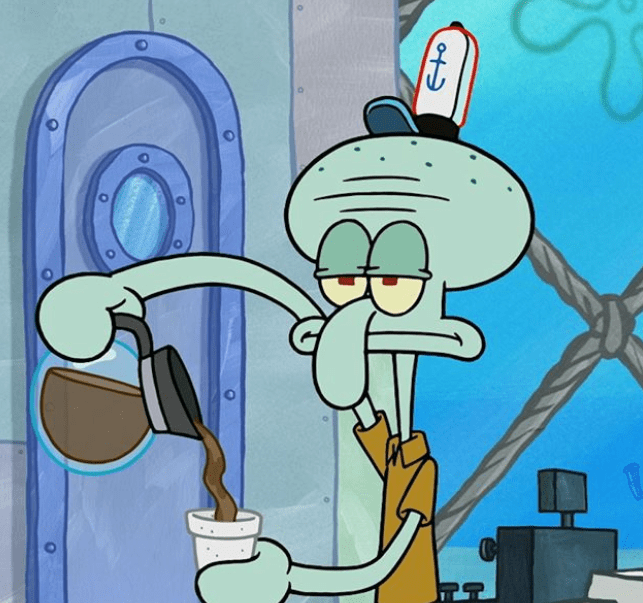 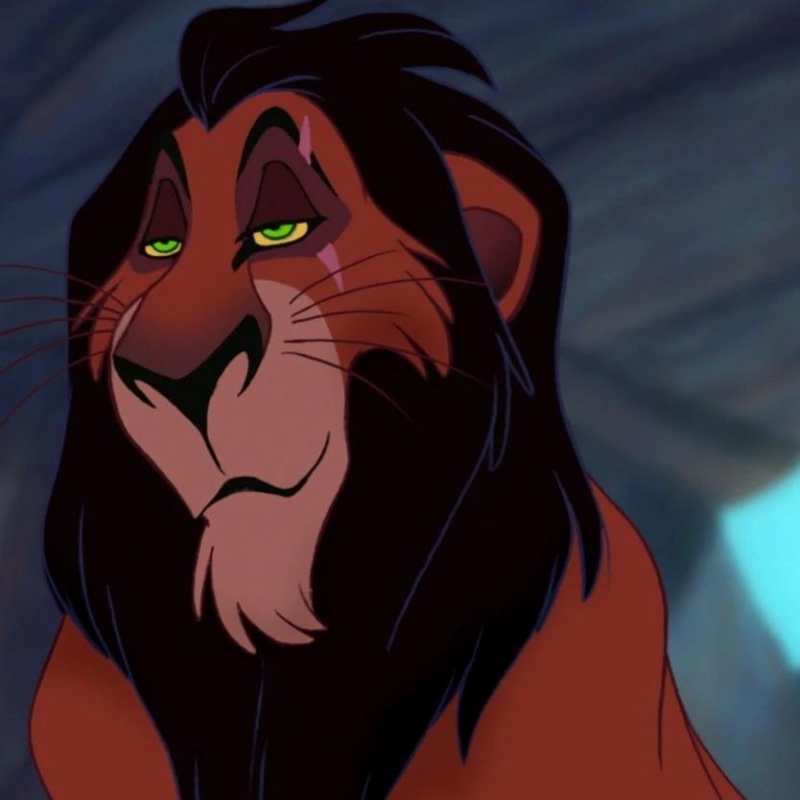